Special
Your own hide out (garden) for $250.00 / Year!
http://www.gardens-oasis.com/lease-your-garden.html

People of the Year
Raquel Mendez
Harassment, prejudice and discrimination in Van Horn, TX
Jason Coupal
Be aware of criminals who are lawyers
Rodney Carrington
Be aware of fraudsters
Arron Watson
Act of domestic crimes and terrorism by thug with badge and gun.
Russell Lewis
Covered up the acts of domestic terrorism and violation of American Constitution by Aaron Watson.
Covered crimes of
BERNIE MCCABE
Florida State Attorney for the Six Judicial Circuit court of Florida 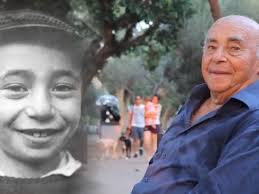 
We Are All Homeless

Many of us feel uncomfortable and nervous when we come across homeless people carrying signs asking for money. We cross the street or look away to avoid making eye contact. Designer and artist Willie Baronet started buying signs from the homeless as a way to deal with his discomfort. In 1993, he embarked on a cross-country trip, buying signs from homeless people from Seattle to New York City. Along the way, something in him shifted in the way he felt about the homeless, as he got to know them as people. It was no longer "them and me" -- now it was "us." { read more } Video

"The Empire State Building is a marvel, one of the seven modern wonders of the world. Yet when it was built, the most revolutionary change wasn't the architecture or the height, there were two other buildings built nearby, almost as high. The less acclaimed, quantum leap was in the construction practices by which the building was framed. Never before had a building been constructed the way they did it, as fast as they did it." Paul Shoemaker makes a case for a similar radical fundamental change in the underlying practices with which we construct our philanthropy. { read more }

"Shelagh Gordon was another name in the obituaries, an ordinary woman who had died suddenly." Or was she? Here's what her passing revealed about Gordon: "Her relationships were as rich as the chocolate pudding pie she'd whip together...She was both alone and crowded by love...She was the interpreter, she made sure everybody understood each other's feelings...You could put your heart on the table and you know that she'd never step on it, because she took great pride and honor that you gave that to her." Four years ago, a newspaper dedicated unprecedented coverage to 55-year-old Shelagh Gordon's funeral -- in a memorable attempt to illustrate the impact one 'ordinary' person can have. Read More >>

Lessons from the Longest Study on Happiness

If you were going to invest now in your future best self, where would you put your time and energy? While we're constantly told to lean in to work, to push harder and achieve more, The Harvard Study of Adult Development tracked the lives of 724 men for 75 years and found that the healthiest at age 80 were those who had had the most satisfactory relationships. This fascinating TED talk shares more. Read More >>

When "Zen Pencils" cartoonist Gavin Than asked fans to vote for their favorite poem to be turned into a comic strip, they chose "Desiderata", the widely popular poem written by Max Ehrmann in 1927, whose title in Latin translates to "things to be desired". The poem has been described as a survival guide for life. Than's illustrations bring these celebrated words alive in a unique way. Read More >>

A Simple Formula for Changing Our Behavior

"I had just walked into my daughter's room as she was working on a science project. Normally, I would have been pleased at such a sight. But this time, her project involved sand. A lot of it. And, while she had put some plastic underneath her work area, it wasn't nearly enough. The sand was spreading all over our newly renovated floors." When a fraught interaction with his daughter led Peter Bregman to examine his behavior, he gained valuable insight into how each of us can change our mode of dealing with challenging situations for the better. Read More >>

What if we invited people from different parts of the world, to sit around a fireplace and share stories of their experiences with kindness? A kind act that they may have done, received, or been a witness to. That is what the online KindSpring.org community looks like. It's hard to select a few stories from thousands that were shared. Some are small acts that make someone's day, while others are life-altering to say the least. But they all have one thing in common, a big heart. Here are the top 10 stories of kindness from 2015! Read More >>

The Surprising Benefit of Going Through Hard Times

Psychologists studying "post-traumatic growth" find that many people come to thrive in the aftermath of adversity. Read on to learn more about the amazing ability of human beings to not only adapt but to grow incredibly after loss.Read More >>

5 Important Things We Learned About Mindfulness in 2015

The more we learn about mindfulness -- cultivating a focused awareness on the present moment -- the more health and well-being benefits we discover. In 2015 researchers delved deeper into the science of meditation and uncovered even more surprising evidence of the powerful effects of mindfulness on mind and body. Read More >>


Live as if you were to die tomorrow. Learn as if you were to live forever. - Mahatma Gandhi -
The Best Leaders are Insatiable Learners
Nearly a quarter century ago, at a gathering in Arizona, John W. Gardner -- a legendary public intellectual and civic reformer -- delivered a speech that may be one of the most quietly influential speeches in the history of American business. Surprisingly, this speech was not about money nor power. Rather, it was on "Personal Renewal" -- "the urgent need for leaders who wish to make a difference and stay effective to commit themselves to continue learning and growing." This piece takes a deeper look at the nuggets of wisdom in Gardner's timeless speech. { read more }